For your own group you can book a private city walk or museum tour. (There are unfortunately no scheduled tours that you can join on an individual basis)

We also offer tailor made programs for groups. Feel free to inquire into the possibilities and costs.

These are the most popular city walks & museum tours:

In this city walk you will discover the history of the Red Light District. The Red Light District is one of the oldest neighborhoods of Amsterdam, crapped with beautiful monuments and filled with weird & wonderful stories. The city walk begins at the Old Church, the oldest building of the city. In Medieval times it was dedicated tot Saint Nicolas, the patron saint of sailors. In a miracle the saint had saved three sailors from a devastating storm. From medieval times the citizens of Amsterdam put their faith in the hands of the saint. It was oversea trade that brought great wealth to the city. Giving it’s proximity to the Amsterdam harbor the Red Light District has always been a neighborhood for those seeking pleasure, drinks and the company of lovely ladies. 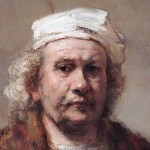 The splendor of the Golden Age

In this city walk we explore the Golden Age, the 17th century. This is the most glorious period in Dutch history and the most important era in the history of Amsterdam. In this period the city developed from a regional trading centre into the very heart of the European economy. Amsterdam grew at an explosive rate from a population of 50,000 in 1600 to more than 200,000 in 1700.The city expanded as never before. Around the former medieval city a ring of canals was laid. These canals are now UNESCO world heritage. In this walk different aspects of the Golden Age will be discussed: history, city planning, architecture & art. The walks starts at the Rembrandt House. Rembrandt being of course the icon of the Golden Age. 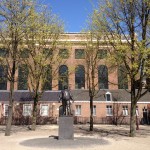 This city walk discusses the important Jewish history of the city. This history goes back to the late 16th century when the first Jews arrived from Spain and Porugal. A little later a second group arived from Central and Eastern Europe. These Jews had left their homelands because they were prosecuted by the Catholic inquisition or attacked in poggroms. In Amsterdam they were given great freedom and they contributed greatly to the economic boom of the Golden Age. The zenith of their given freedom were the synagogues they built in the late 17th century.  Up to the Second World War about 10% of the Amsterdam population was Jewish. The war is by far the darkest page in the city’s history, only 10.000 out of the 80.000 people survived. This walk runs through the former Old Jewish neighborhood and the so-called Plantage, telling the Jewish story from the arrival of the first Jews to the Second World War. 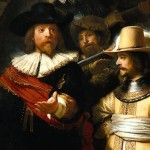 The Rijkmuseum is the national temple of the arts. After a 10 year renovation and restoration project the museum reopened in 2013. In the so-called Grand Tour attention is given to the historical building, the renovation and various masterpieces on different floors. The climax is of course Rembrandt’s Nightwatch, the most famous painting from the Dutch Golden Age.

Duration: 75 minutes
Price: 125 euros per group excl. museum tickets (with a maximum of 15 people per group)